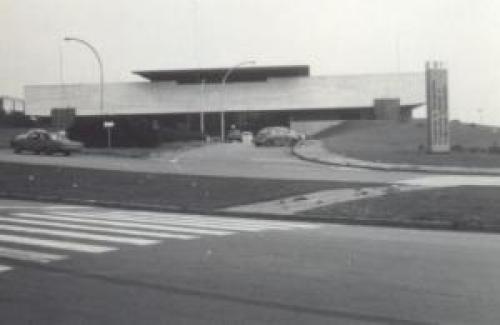 The social history program at the University of São Paulo (USP) is one of the oldest and most respected in Brazil, with Master and PhD degrees. The postgraduate course in History at USP was created in the earliest days of the university itself in the 1930s and records confirm that the first defense of a thesis in this discipline occurred in 1939. In 1971, the social history course was incorporated into the national evaluation system organized by CAPES - the agency that assesses graduate courses in Brazil. It was the forerunner of canonical interpretations of Brazil and fields such as the history of daily life, material culture, historical demography, the history of science, etc. The social history program is distinguished both by its tradition and the fact that it incorporates new historiographical trends and questions posed by the contemporary world. It is responsible for producing cutting-edge research and training high-level graduates, whose performances stand out in universities both in Brazil and abroad. It brings together highly qualified researchers who are prepared to reflect critically on Brazil and the world, questioning the past and intervening in the present, from the perspective of the historian. Those who gain Masters and PhD qualifications through the program also perform activities in the areas of elementary and higher education, as well as in fields such as heritage, public policy and museology, among others.

The program has, on average, a staff of 60 permanent professors and 20 employees, and offers an average of 110 places for MA and PhD students annually. From 1971 to August 2016, 762 PhDs, 921 MAs and 158 direct doctorates have been awarded, totaling 1841 academic awards. There has been a recent move towards encouraging binational PhDs and there are various International agreements that are coordinated or include the participation of supervisors in countries such as Portugal, Spain, France, Switzerland, Italy, USA, Argentina, Peru, Colombia, Angola, Mozambique and China. The social history program at USP has been repeatedly recognized as excellent by CAPES.

The program concentrates on the area of social history, which is a broad-ranging and diverse field. It is this which gives it its identity and it is through this diversity that researchers are able to express their understanding of historical phenomena. The French Annales school and Anglo-Saxon historians of the Marxist tendency have inspired objects, the search for different types of historical sources and the formulation of problems. However, the trademark of USP’s social history program is its diverse approach towards theoretical approaches: from microhistory and the new wave of political history to the history of concepts, engaging in the broad cultural aspects of societies and some of the problems posed by postcolonial or postmodernist studies. Concern about the complexity of Brazilian social history is central. However, the program is also recognized for bringing together experts in the fields of European history, as well as the history of the Americas, Africa and Asia. The time span that is covered is from the first organized human existence until the present day.

The multiplicity of themes is also characteristic of USP social history program, which incorporates issues such as slavery, race, gender, popular culture, religion, art, immigration, food, science, ideas etc. Such plurality incorporates seven areas of research in which experts are dedicated to their specialties. Researchers also meet in research laboratories that are linked to the areas of research and they operate in a transversal manner, disseminating the academic production that originates within the program.